New article “Spatial Polarization, Partisan Climate, and Participatory Actions: Do Congenial Contexts Lead to Mobilization, Resignation, Activation, or Complacency?” in Political Behavior from the Center for Communication and Civic Renewal.

With increasing evidence on deepening cleavages along geographic lines, we argue that the local political climate plays an important role in political decision-making and engagement. In this study, we aim to understand the role of political contexts in shaping different forms of political participation, whether centered in the local community or in digital spaces. We specifically consider two important contextual factors that potentially relate to participation: the partisan composition of the neighborhood environment and the nature of political representation at the state government level. We introduce two sets of competing arguments: Mobilization and Resignation vs. Activation and Complacency to explain different participatory mechanisms. Using both national survey data collected during the 2016 U.S. election period and zip code and state-level contextual data, we employ three-level multilevel modeling to tease out how multiple factors operating at different levels are related to online or public forms of participation. In general, our findings reveal that individuals living in a state with political underrepresentation are more likely to engage in public forms of actions. Additionally, we examine subgroup analyses to show how contextual relationships with participation are different according to political orientations, such as party identification and political interest. 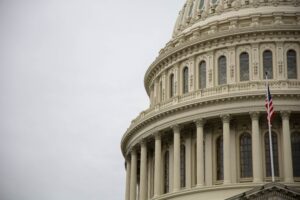