The Health Information Technology Studies (HITS) group has a new article out in the Journal of Health Communication. The article, “Framing the Clinical Encounter: Shared Decision-Making, Mammography Screening, and Decision Satisfaction” was published in October 2020. Continue reading →

Researchers at the University of Wisconsin—Madison have received a $3.42 million grant from the National Institutes of Health to develop a mobile phone-based app to prevent opioid relapse among those trying to recover.

The project builds on the prior work that Dhavan Shah, Louis A. & Mary E. Maier-Bascom Professor in UW-Madison’s School of Journalism and Mass Communication, and John Curtin, director of clinical training in Department of Psychology, have done detecting and predicting relapse.

The broad goals of this project are to develop and deliver models to forecast the day-by-day probability of opioid and other drug use among people trying to abstain from drugs while in recovery. This lapse risk prediction model will generated using the Addiction-Comprehensive Health Enhancement Support System (A-CHESS) mobile app, a tool developed by researchers in the UW’s Center for Health Enhancement System Studies.

While relapse often seems to come out of the blue from the perspective of the participant, Shah says, hindsight often yields indicators that the individual was a risk. The clues can come from what they post, who they talk with, and the places they frequent.

“Over the past five years, we have been working to use emerging mobile sensing capabilities from smartphones and wearable sensors to build models that can predict, in real-time, the likelihood that someone will lapse back to drug use,” Shah says. Working with his students, he recently published two articles predicting the risk of relapse based solely on the language that participants used while engaging with the A-CHESS system.

Curtin’s lab is about to complete a first project that has followed people with alcohol use disorder for the first 3 months of their sobriety and can predict with better than 80 percent accuracy whether they will use alcohol on any given day. Using cell phone communications, including voice calls and texts, and GPS data to establish locations where individuals have used alcohol in the past, the researchers can monitor signals about the integrity of an individual’s recovery and abstinence.

“More importantly, we can do this with almost complete passiveness, with no burden placed on the individual,” Curtin says.

Two journal articles from the HITS (Health Information Technology Studies) team, one published in Health Communication and the other in Health Education Research, tackle the role of information technologies in health disparities.

The Health Communication paper led by Juwon Hwang, “Health Information Sources, Perceived Vaccination Benefits, and Maintenance of Childhood Vaccination Schedules,” investigates the associations between evaluations of health information sources, parental perceptions of childhood vaccination benefits, and the maintenance of vaccination schedules for their children. Analyzing a sample of 4,174 parents who have at least one child under the age of 18, including 138 with a childhood autism diagnosis. The study finds social media are negatively associated with their perceptions of vaccination benefits compared with TV, magazines, and interpersonal talk.  The full citation is below:

The most recent study (available through Journal of Medical Internet Research) was based on an analysis of a mobile phone-based health intervention for individuals in recovery from alcohol use disorder. Human coders labeled discussion forum messages according to whether or not authors mentioned problems in their recovery process. Linguistic features of these messages were extracted via several computational techniques: (1) a Bag-of-Words approach, (2) the dictionary-based Linguistic Inquiry and Word Count program, and (3) a hybrid approach combining the most important features from both Bag-of-Words and Linguistic Inquiry and Word Count. A boosted decision tree classifier, utilizing features from both Bag-of-Words and Linguistic Inquiry and Word Count performed best in identifying problems disclosed within the discussion forum, achieving 88% sensitivity and 82% specificity in a separate cohort of patients in recovery. This study demonstrates that differences in language use can distinguish messages disclosing recovery problems from other message types. Incorporating machine learning models based on language use allows real-time flagging of concerning content such that trained staff may engage more efficiently and focus their attention on time-sensitive issues.

This work builds on a previous study by Kornfield and colleagues (available through Health Communication) that investigated whether language use within a peer-to-peer discussion forum could predict future relapse among individuals treated for AUD. A logistic regression model was built to predict the likelihood that individuals would engage in risky drinking within a year based on their language use, while controlling for baseline characteristics and rates of utilizing the mobile system. Results show that all baseline characteristics and system use factors explained just 13% of the variance in relapse, whereas a small number of linguistic cues, including swearing and cognitive mechanism words, accounted for an additional 32% of the total 45% of the variance in relapse explained by the model.

Both studies show that messages exchanged on AUD forums could provide an unobtrusive and cost-effective window into the future health outcomes of AUD sufferers, and their psychological underpinnings. As online communication expands, models that leverage user-submitted text toward predicting relapse will be increasingly scalable and actionable.

The two-thirds of Medicare patients being treated for at least three chronic health problems account for a stunning 90 percent of Medicare spending. UW-Madison researchers received a $4.2 million National Institutes of Health (NIH) grant through the UW–Madison’s Center for Health Enhancement Systems Studies (CHESS).  The team working on the grant includes David Gustafson, Jane Mahoney, Randy Brown, Louise Mares, and Dhavan Shah. They wil develop a new e-health intervention called Chronic Condition Health Enhancement Support System, or C-CHESS that builds upon the success of previous CHESS applications for conditions like cancer, asthma and alcoholism. They will recruit 330 older adults diagnosed with at least three of four conditions: hypertension, hyperlipidemia, diabetes and osteoarthritis. Half the participants will use the C-CHESS electronic health system. The rest will be instructed to review websites related to their conditions.  The project will take five years to complete. 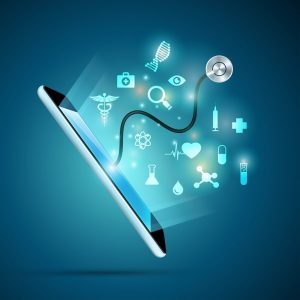