Researchers at the University of Wisconsin—Madison have received a $3.42 million grant from the National Institutes of Health to develop a mobile phone-based app to prevent opioid relapse among those trying to recover.

The project builds on the prior work that Dhavan Shah, Louis A. & Mary E. Maier-Bascom Professor in UW-Madison’s School of Journalism and Mass Communication, and John Curtin, director of clinical training in Department of Psychology, have done detecting and predicting relapse.

The broad goals of this project are to develop and deliver models to forecast the day-by-day probability of opioid and other drug use among people trying to abstain from drugs while in recovery. This lapse risk prediction model will generated using the Addiction-Comprehensive Health Enhancement Support System (A-CHESS) mobile app, a tool developed by researchers in the UW’s Center for Health Enhancement System Studies.

While relapse often seems to come out of the blue from the perspective of the participant, Shah says, hindsight often yields indicators that the individual was a risk. The clues can come from what they post, who they talk with, and the places they frequent.

“Over the past five years, we have been working to use emerging mobile sensing capabilities from smartphones and wearable sensors to build models that can predict, in real-time, the likelihood that someone will lapse back to drug use,” Shah says. Working with his students, he recently published two articles predicting the risk of relapse based solely on the language that participants used while engaging with the A-CHESS system.

Curtin’s lab is about to complete a first project that has followed people with alcohol use disorder for the first 3 months of their sobriety and can predict with better than 80 percent accuracy whether they will use alcohol on any given day. Using cell phone communications, including voice calls and texts, and GPS data to establish locations where individuals have used alcohol in the past, the researchers can monitor signals about the integrity of an individual’s recovery and abstinence.

“More importantly, we can do this with almost complete passiveness, with no burden placed on the individual,” Curtin says. 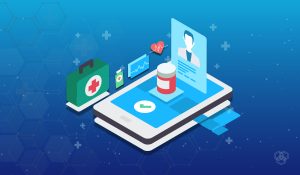