Researchers in the School of Journalism and Mass Communication at the University of Wisconsin-Madison have been awarded a $1 million grant from the John S. and James L. Knight Foundation to establish the Center for Communication and Civic Renewal. Professors Lew Friedland, Dhavan Shah and Mike Wagner, along with collaborators in the Department of Political Science (Katherine Cramer), Department of Statistics (Karl Rohe), the Department of Electrical and Computer Engineering (William Sethares), and Boston University (Chris Wells) are co-principal investigators on the project.

The research team seeks to understand the state of politics and communication in Wisconsin over the last decade using ongoing public opinion research, computational content analysis of media, and qualitative fieldwork and interviews of citizens and elites. The center will conduct comparative public opinion research in swing states such as Ohio, Pennsylvania, Michigan and North Carolina to further an understanding of ways Wisconsin is similar and different from other battleground states.

“Understanding how we move beyond polarized politics and toward civic renewal is a large-scale effort that required detailed and extended study of the communication ecology and its social consequences using a range of approaches,” said Shah, who will lead the computational efforts. “Without support from the Knight Foundation, this kind of multi-year, multi-method project would be impossible. But it is only through this kind of holistic research that we can start to understand how to heal our fractured political culture.”

Wagner, who has written prolifically about workings of American democratic institutions and processes, said by studying how the news and conversations on social media influence attitudes and political behavior and knowledge, the center seeks an understanding of how Wisconsin politics became so contentious.

In addition to survey research, the grant will fund five graduate student project assistants, help hold conferences that will bring in scholars and practitioners every other year, establish a partnership with local media to work on styles of news coverage and practices that are most likely to improve citizens’ feelings of respect across the political aisle. The grant will help to fund the center through the 2024 election, which will include two presidential election cycles and one Wisconsin governor’s race.

A group of 12 former and current graduate students has worked on the project over the past several years which until recently was unfunded. One of those students is Josephine Lukito, whose dissertation focuses on news coverage of U.S.-China economic relations.

“The training and collaborative opportunities for students in our department are second to none. This grant gives us a chance to push our integration of computational content analysis and time-series analysis forward in innovative ways that can shed important light on contentious politics,” Lukito said.

Friedland pointed to the scope of the qualitative components of the project, saying, “We continue to build on our co-investigator Kathy Cramer’s pathbreaking work. With our outstanding graduate students, we have conducted hundreds of interviews with Wisconsinites from every corner of the state, integrating the substance of these conversations with data we have gathered on counties’ economic, health and education outcomes and our own public opinion surveys. These interviews provide much needed depth and context to what we are finding with our other analytic strategies.”

Knight Foundation invests in the arts and journalism with a goal in fostering informed and engaged communications that are essential for a healthy democracy. 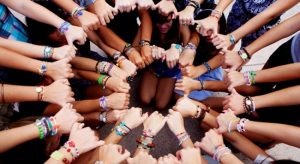