Political campaigns often feature jarring revelations against candidates. This study examines how audiences come to understand major campaign events, the extent to which they shape evaluations of candidates, and how their impact is filtered through an increasingly partisan news media environment. Using national rolling cross-sectional survey data collected over the 2016 U.S. presidential election period, we show partisan asymmetries in the way major campaign events influenced candidate appraisals. Event effects during the 2016 campaign were dependent on various media use patterns and concentrated among Independents. In particular, the reopening of the investigation into Clinton’s email server by James Comey reduced her favorability, especially when paired with liberal and conservative partisan media use. By providing a nuanced picture of partisan selective exposure and campaign effects, our findings reinforce that the role of campaigns in candidate appraisals should be understood at the intersection of media use, partisanship, and specific events during a contentious race. 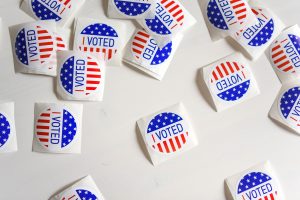