The Social Media and Democracy (SMAD) group has published a new article in the journal New Media and Society, titled “Trump, Twitter, and news media responsiveness: A media systems approach”.

How populists engage with media of various types, and are treated by those media, are questions of international interest. In the United States, Donald Trump stands out for both his populism-inflected campaign style and his success at attracting media attention. This article examines how interactions between candidate communications, social media, partisan media, and news media combined to shape attention to Trump, Clinton, Cruz, and Sanders during the 2015–2016 American presidential primary elections. We identify six major components of the American media system and measure candidates’ efforts to gain attention from them. Our results demonstrate that social media activity, in the form of retweets of candidate posts, provided a significant boost to news media coverage of Trump, but no comparable boost for other candidates. Furthermore, Trump tweeted more at times when he had recently garnered less of a relative advantage in news attention, suggesting he strategically used Twitter to trigger coverage. 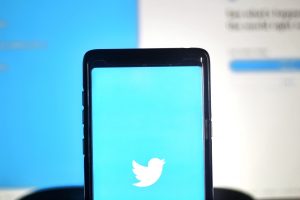