Recent scholarship has shown the importance of political conservatism, perceived (in)security, and communication channels (i.e. mass media) in increased or decreased tolerance toward certain groups. This study advances our knowledge in this area by integrating the importance of media exposure, interpersonal communication and attitudes toward political elites in shaping tolerance levels toward the Revolutionary Armed Forces of Colombia-People’s Army (FARC, after the initials in Spanish). For this, the authors analyze national survey data collected in Colombia and carry out a path analysis to explore the formation of political (in)tolerance toward FARC. Results from exploring tolerance toward FARC, a rebel group transitioning from a military force to a political one, show the importance of interpersonal discussion and attitudes toward political elites in fostering tolerance both directly and indirectly via increased preference for a peace negotiation over a military solution. The implications of these findings are discussed. 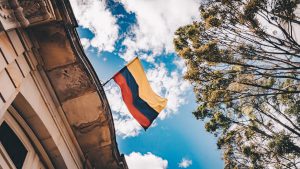