Members of the Civic Culture and Contentious Politics research team published an op-ed about how Wisconsinites of both parties want nonpartisan redistricting. As the piece notes, “Legislative redistricting is one of the most important — and most contentious — issues in Wisconsin. Voters and democratic theorists alike are uncomfortable with the idea that lawmakers can choose their own voters in increasingly precise ways.”

Our research team asked 1,015 Wisconsinites who they thought should control redistricting in our state: the state Legislature or an independent, nonpartisan commission. Fifty-three percent of adults said they preferred the nonpartisan commission while only 13 percent favored the idea of state lawmakers controlling the process themselves. The remaining third said they did not know what was best.

Perhaps not surprisingly, given that the current district maps benefit the Republican Party, 63 percent of Wisconsin Democrats want a nonpartisan commission to take over the drawing of representational lines. Fifty-six percent of independents side with Democrats while 39 percent of Republicans want to see a change to nonpartisan redistricting.

However, only 22 percent of Republicans want to keep things as they are, as compared to just 6 percent of independents and 9 percent of Democrats.

The full piece was published in the Capital Times and can be found at this link. 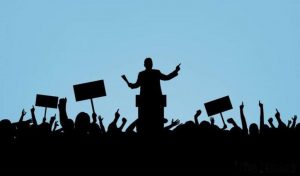