The manuscript, “Zero Day Twitter: How Russians Propaganda Infiltrated the U.S. Hybrid Media System” received two awards at the 2018 Association in Education and Journalism and Mass Communication (AEJMC) conference this August. The paper won the top paper award for the Political Communication Interest Group and was the third-place recipient of the entire conference’s inaugural Professional Relevance award.

In the study, the authors describe how journalists embedded tweets written by Russian trolls in news stories. Of the 55 news outlets they searched in, 50 included at least one story that embedded an IRA-tweet. Many of these tweets were embedded to reflect “public opinion” about salient political and social issues, such as race relations, LGBTQ issues and healthcare.

In addition to identifying an amplification cycle between social and news media, the authors also make several recommendations for professional journalists. One award judge noted, “This paper’s detailing of message amplification methods shows skillful understanding of the complexities of how news is collected and disseminated and the complications of the current media ecosystem. I especially appreciated the realistic recommendations for news outlets — providing real-world solutions to combat efforts to manipulate and infiltrate the media landscape.”

This work is a continuation of a narrower analysis, which was covered by Columbia Journalism Review this March. 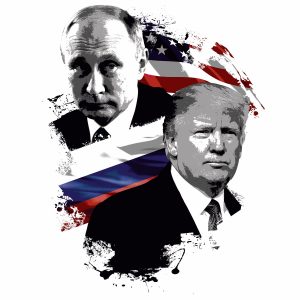