The Social Media and Democracy group’s research on social media discourse after mass shootings was featured in the Washington Post! The report summarizes the results of the analysis of 1.3 million tweets and 700 related hashtags related to mass shootings.  SMAD researchers found that the emotional expressions that immediately followed mass shootings, typified by phrases like “thoughts and prayers,” were short lived.  In contrast, posts advocating gun control became more prevalent in the online debate, varying in intensity depending on whether the victims were women and children (more volume) or had higher proportions of African-American victims (less volume). This faded over the days following the event.  However, tweets defending the Second Amendment and standing against any new restrictions remained much more constant and less dependent on event factors. 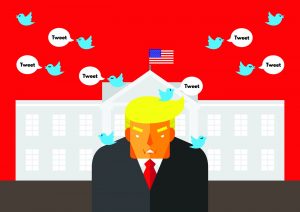